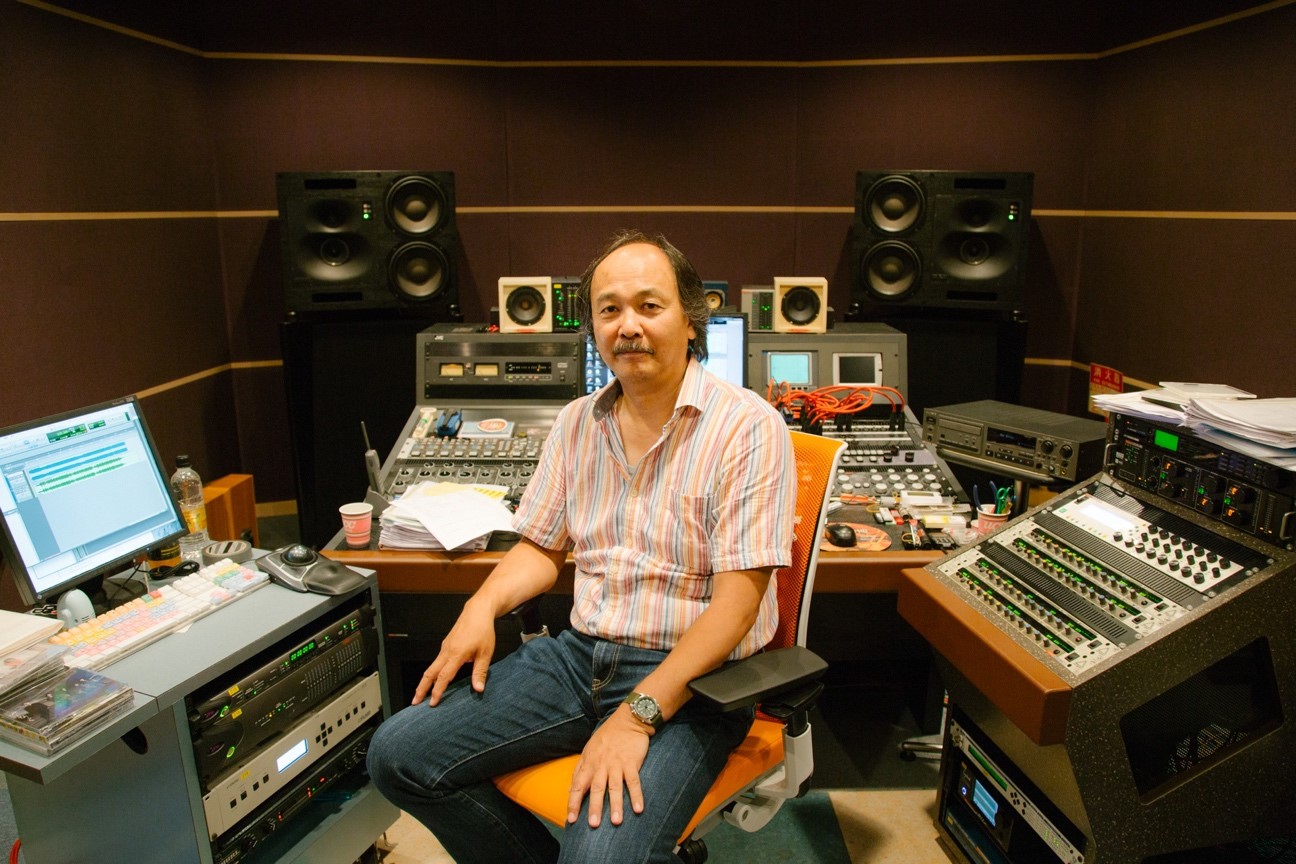 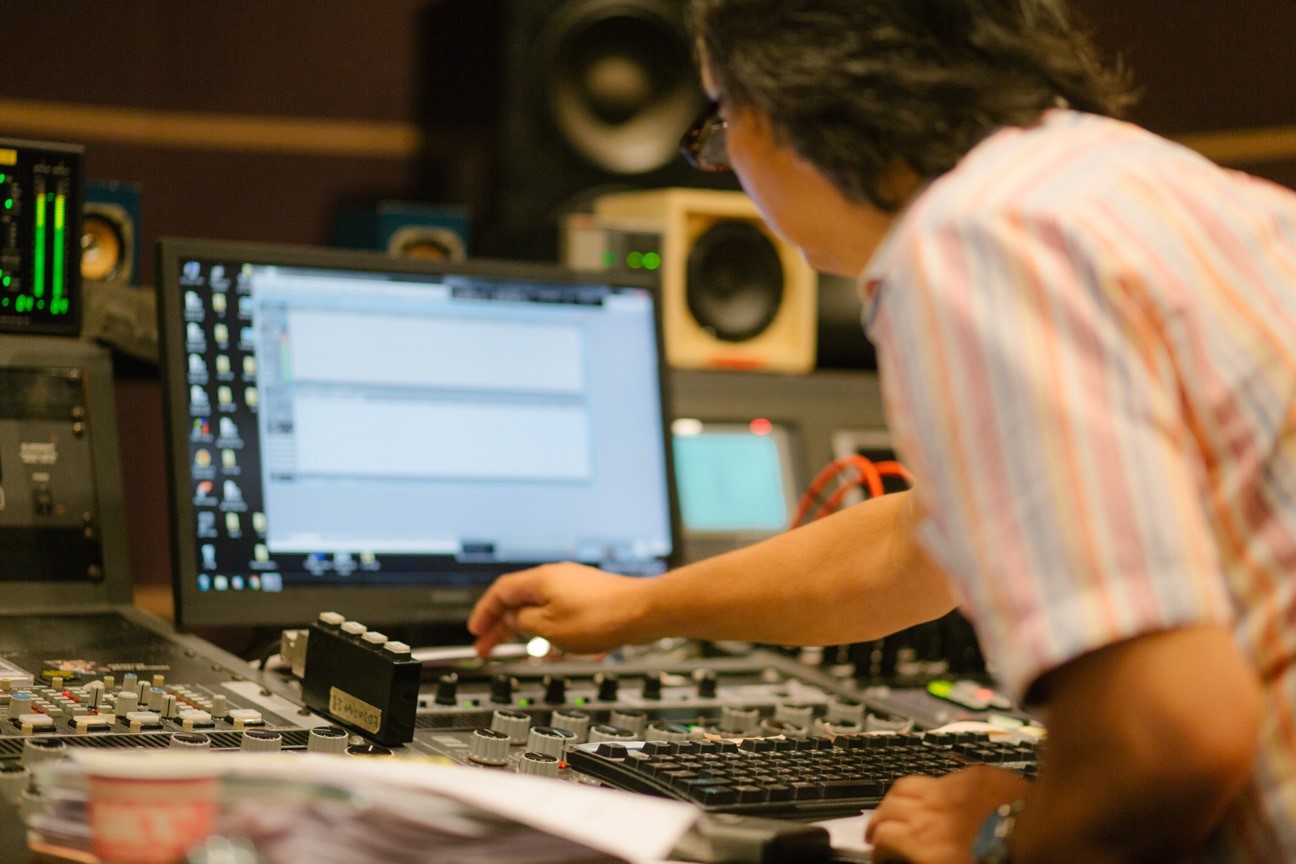 Can you tell us a little bit about the process of mastering?

Creating products such as CDs and digital downloads includes the processes of recording, mixdown and mastering. The engineers here at Victor Studio specialize in each of those areas.

In the case of pop music, multi-channel recording allows for instruments to be recorded individually, as separate tracks. Take the drums, for example. The kick, snare, floor tom and cymbal are each recorded separately. You may have seen, maybe on TV, several microphones surrounding a drum set.
Aside from the drums, separate channels are used to record the remaining instruments, chorus, and lead vocals.

Recorded audio then goes through a process called “mixdown”. This involves organizing the multi-channel tracks recorded at different volume levels and sound quality, and grouping them together into two channels. The two-channel stereo sounds are made into an audio file called a “wav”, and brought into the mastering room. 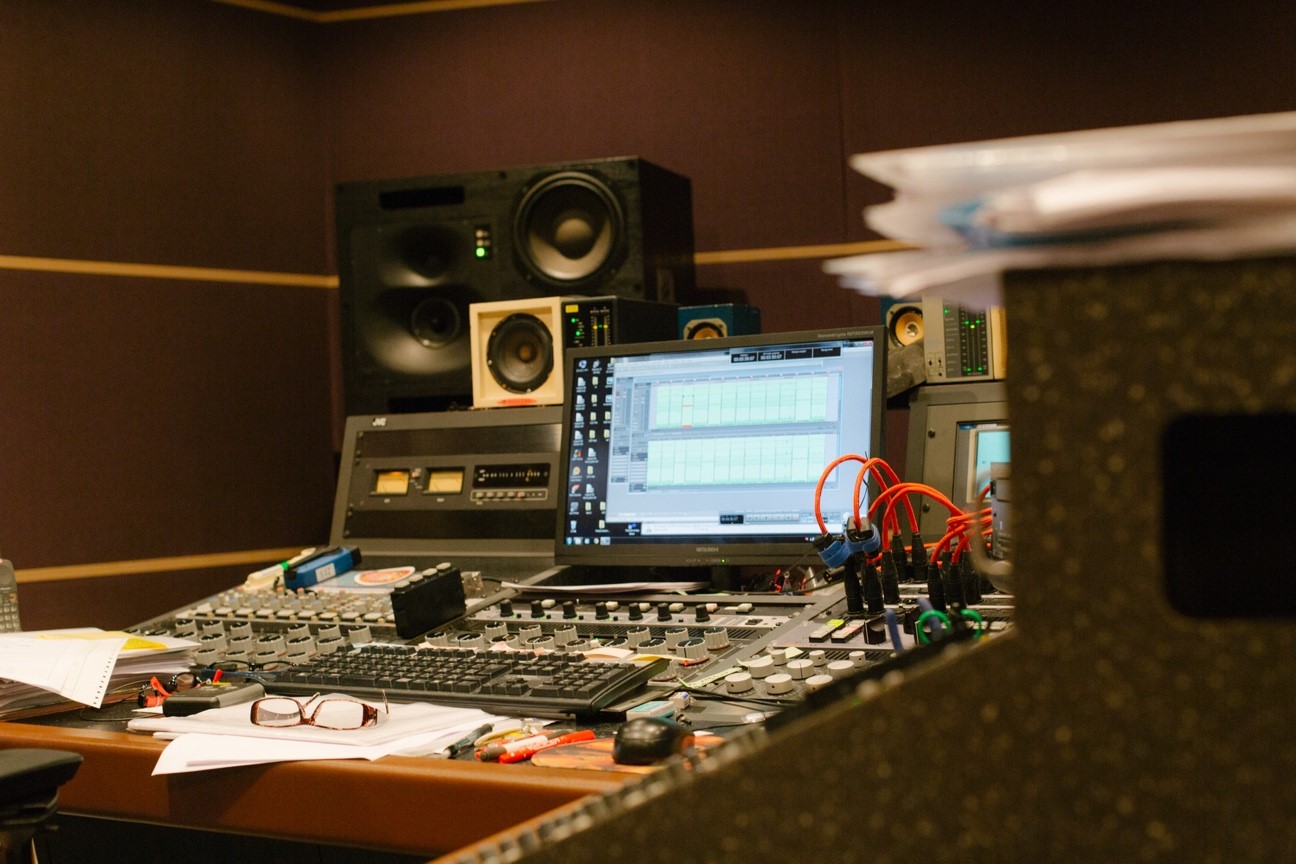 I listen to the mixed stereo track on studio monitor speakers, and make adjustments to their sound using both analog and digital equipment.

I might hear a song and decide, “This is perfect and doesn’t need anything further” or “This one can be improved this way”. If there are ten songs in an album, I will repeat that ten times. My work also includes lining up the songs as requested and creating a master file, or the final product.

For physical products such as CDs, Blu-rays and DVDs, I send the master file online to the factories that manufacture the goods.

So mastering is the polishing stage of the process?

During the mastering stage, the artist, director and producer join me in this room, and we make decisions together based on my suggestions.

I’ll first listen to a song and make my adjustments. I’ll explain my intentions saying, “I think the vocals should be louder”, and such. The artist and director might say “OK” or “No, the vocals don’t need to stand out so much”, and I’ll adjust the song and say, “How’s this?” Once that’s done, we move onto the next song.

To help us make our decisions, we also listen to the music using a portable stereo. This is important because not all listeners are going to be hearing the music on professional speakers. At Victor Studio, we use the JVCKENWOOD Wood Cone series stereo. It’s the number one stereo used in Japanese studios.

Once the mastering is complete for all tracks, song order and pauses between tracks are decided. I make suggestions again, to which the artist and producer might ask for longer or shorter pauses, and I adjust. 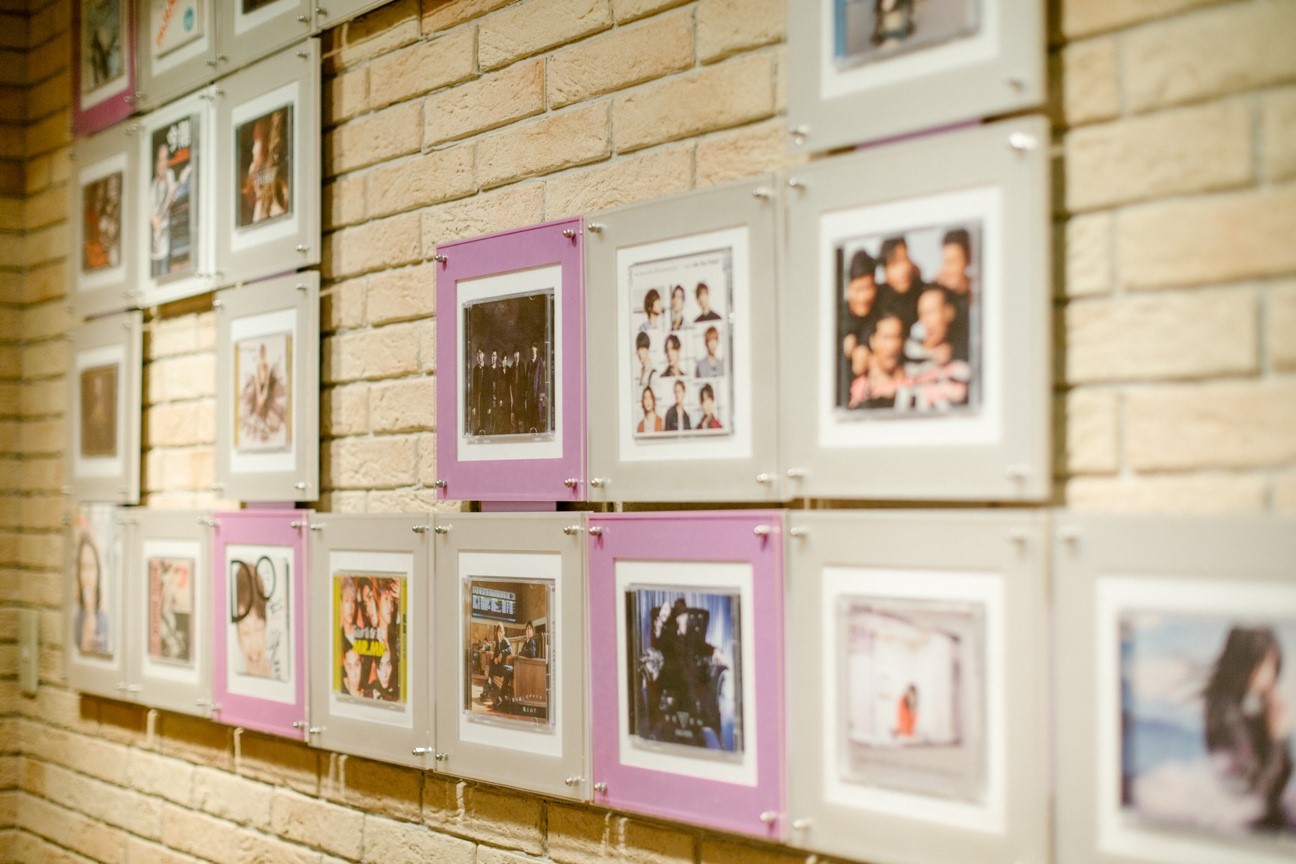 What is your main pursuit when mastering?

That the music sounds “cool”. This isn’t for self-satisfaction, and because we’re putting it out into the world as a product, I have my own criteria of how “cool” a song has to sound.

When I joined my first company, the world was still analog.
At the time, my heroes in the world of mastering engineering were the senior engineers in my company, as well as Bernie Grundman in Los Angeles and Ted Jensen in New York. I’d look at my favorite records across genres and see their names everywhere. I noticed they were also responsible for the albums of my favorite jazz fusion artists released by Victor. I was drawn to their work naturally, and must have known instinctively that it was “cool”.

In this pursuit of “cool”, one has to speak of course of the advancement of technology. Companies that make radars for fighter airplanes are now developing audio equipment. Technologies that are everywhere now were astonishing when they were first introduced. We were amazed, saying, “Wow, you can do that?”

I create audio using equalizers and limiters that I’ve kept since the analog years, combining them with the latest digital equipment. In the past, there were sounds I desired to make but couldn’t, technically speaking. All of that is possible now.

When CDs first came out as a new form of media, sounds were digitized, limiting frequencies from here to here.

Compared to analog sounds, CDs were clear of troublesome noise and enjoyed increased articulation, which was a definite plus. But some sounds (frequencies) in the natural world were deemed unnecessary and cut out of the final product. There was criticism that this made it different from “natural” sounds. At the same time, storage capacity of digital media was growing larger by the minute. That made it possible to record and create sounds that were closer to the original sounds. You can really hear the difference between a CD sound and high-resolution sound in the cymbal, for example.

This isn’t limited to high-resolution sounds, but I’m often asked, “How do I improve sound?” Our computers now come with audio samples for drum toms, hi-hat, and bass, for example, which we can blend with the click of a mouse to create instrumentation. Whether it’s a “good” sound, whether instruments heard in jazz and fusion are “good” sounds, or whether live music is “good” is all a matter of personal taste. And with a variety of limitations, it’s hard to say what’s good or bad. Sometimes, “lo-fi” sounds that are rackety or muffled can turn out to make cool music. 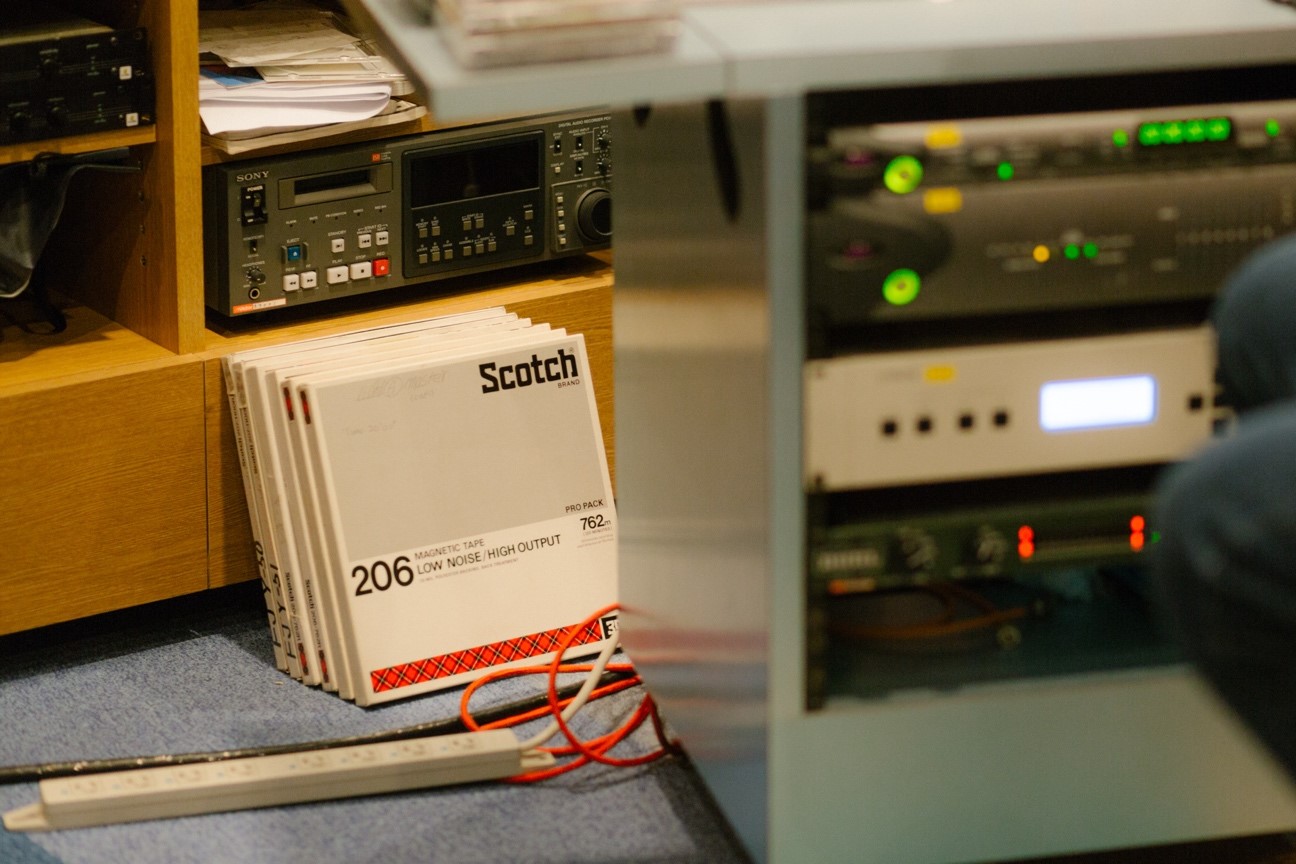 次の記事 ≫
Maximizing the Five Senses to Create Hit Songs A Mastering Expert’s Techniques and Instincts Vol.2
≪ 前の記事
Creating a space that enhances connection with the outside world. Vol.2