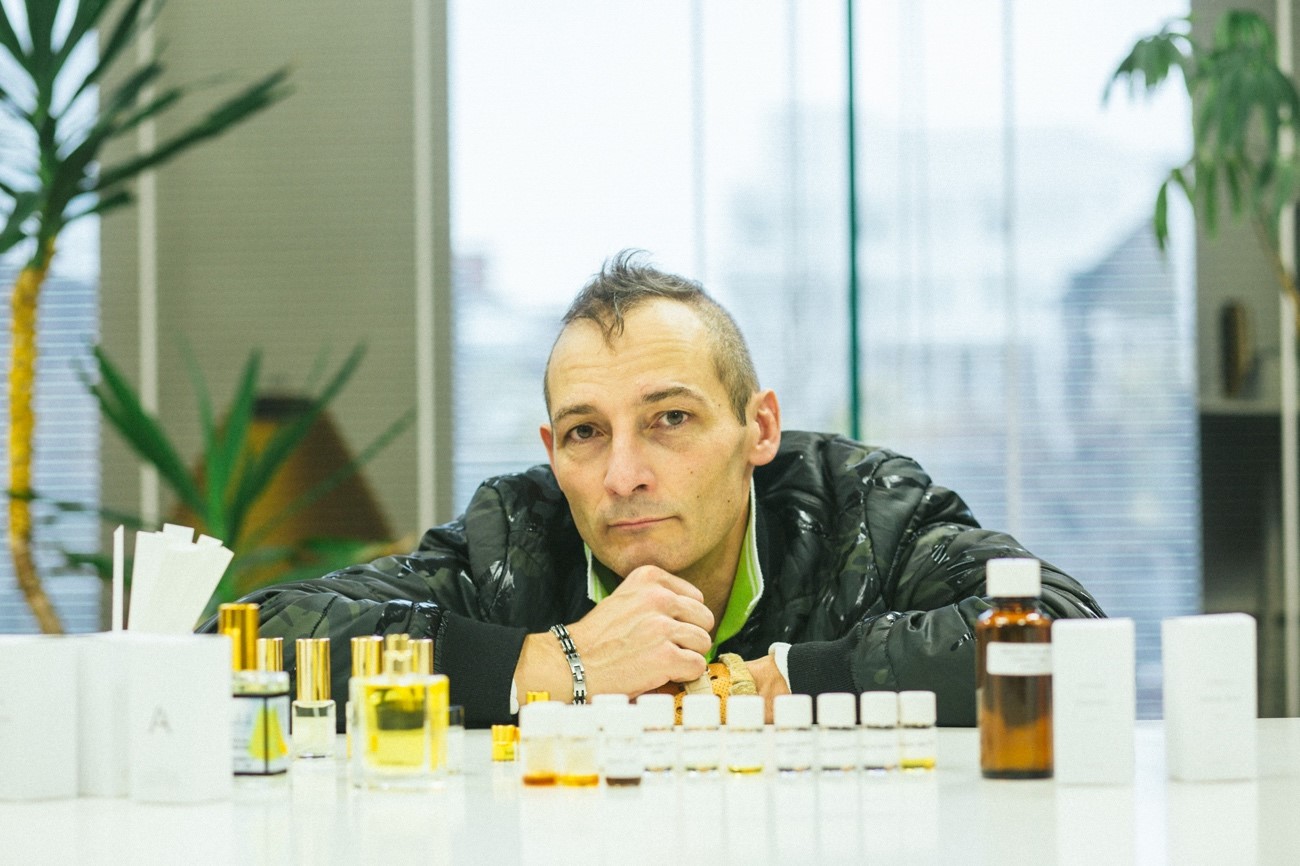 One of only 600 perfumers in the world, meet the “scent inventor” of infinite possibilities. Vol.1

Born 1969 in Clermont-Ferrand, France. Winner of the French National Chemistry Olympiads for high school students in 1986, graduated with a master's degree in Chemistry from the European Higher Institute of Chemistry in Strasbourg, France. Studied at Massachusetts Institute of Technology and Harvard University before working as an intern at a Japanese corporation. Soon found fragrances and began on the path of perfumer. Has created scents for global corporations and artists including Ralph Lauren, Tom Ford, Beyonce, Tommy Hilfiger and Michael Kors. He is founder of DreamAir, an innovation-driven perfumery start-up, and has designed scents for a scent opera by the Guggenheim Museum, as well as a film based on the bestselling novel, Perfume: The Story of a Murderer.

In 2017, he won the “Exceptional Contribution to Scent Culture Award” in the Art and Olfaction Awards in Los Angeles, established by The Institute for Art and Olfaction. Biophysicist Luca Turin, often called the “Emperor of Scents”, has lauded Christophe as “the greatest inventor of novel perfume structures working today”.

Vol.1
One of only 600 perfumers in the world, meet the “scent inventor” of infinite possibilities 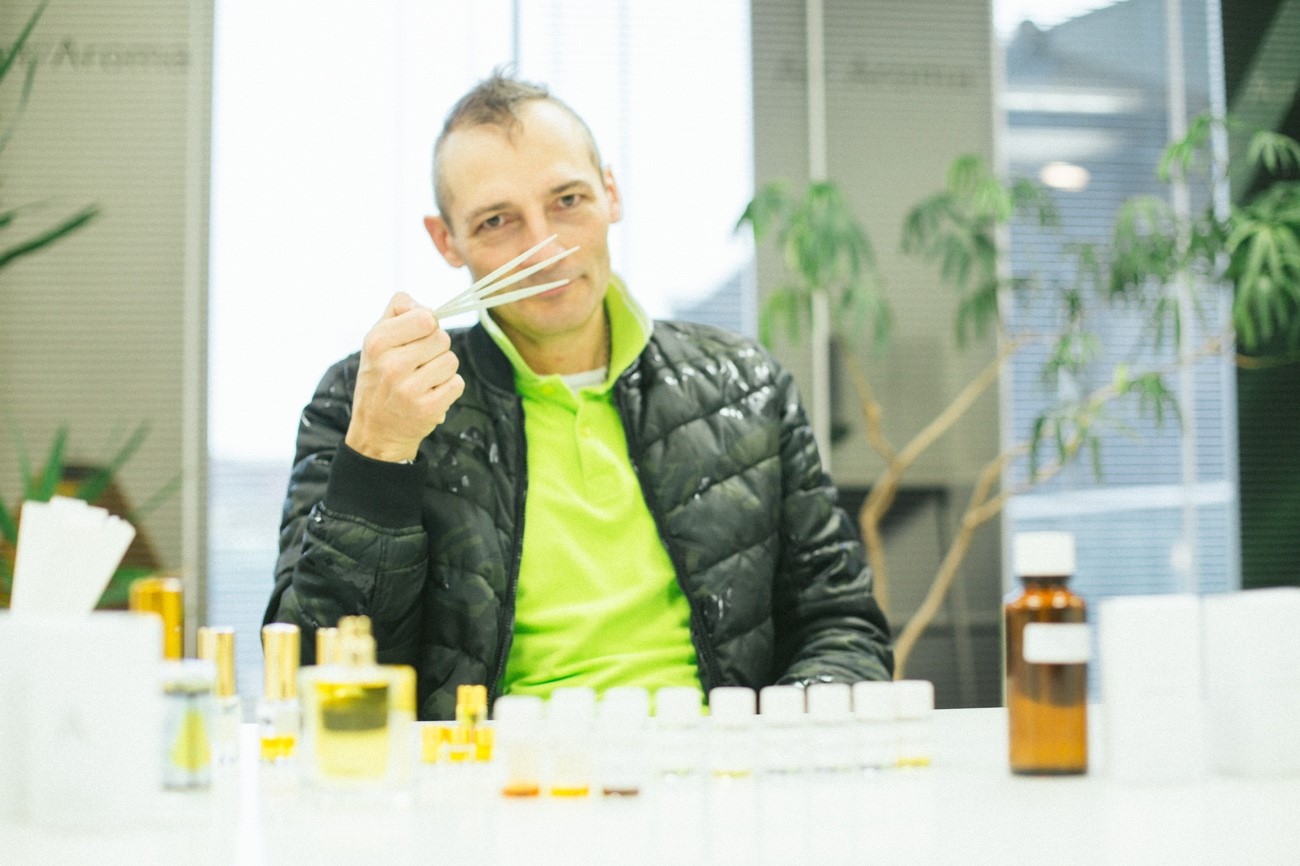 Many of us are unfamiliar with the profession of a “perfumer”. Can you share what your job entails?

The job of a perfumer is similar, in a sense, to how a musician composes music.

A piano has eighty-eight keys, which musicians play to express the notes do, re, mi, fa, so, la, ti, do. In addition to the piano, musicians can play the saxophone, the drums, and various other instruments.

Musicians compose music and play them on instruments that project sounds to the brain. The instrument delivers music to your brain. Voila. That’s music.

A perfumer, instead of eighty-eight piano keys, has about 1,500 notes. Notes are singular ingredients that come in small bottles.

In my lab, I have about 1,500 ingredients at my disposal, to write all of the smells I want to write.

For perfumers like myself who create olfactory art and art sculptures, our “instruments” are scent players, commonly known as scent diffusers.

Sometimes the “instrument” can be a candle, or a fine fragrance for the skin. In perfumery, human skin and body temperature project scents to people’s noses. In every situation, we need a way to transport the scent through space.

How do you come up with ways to blend a whopping 1,500 ingredients?

When composing a scent from 1,500 ingredients, the perfumer must create a detailed list, measuring each ingredient in very precise proportions. 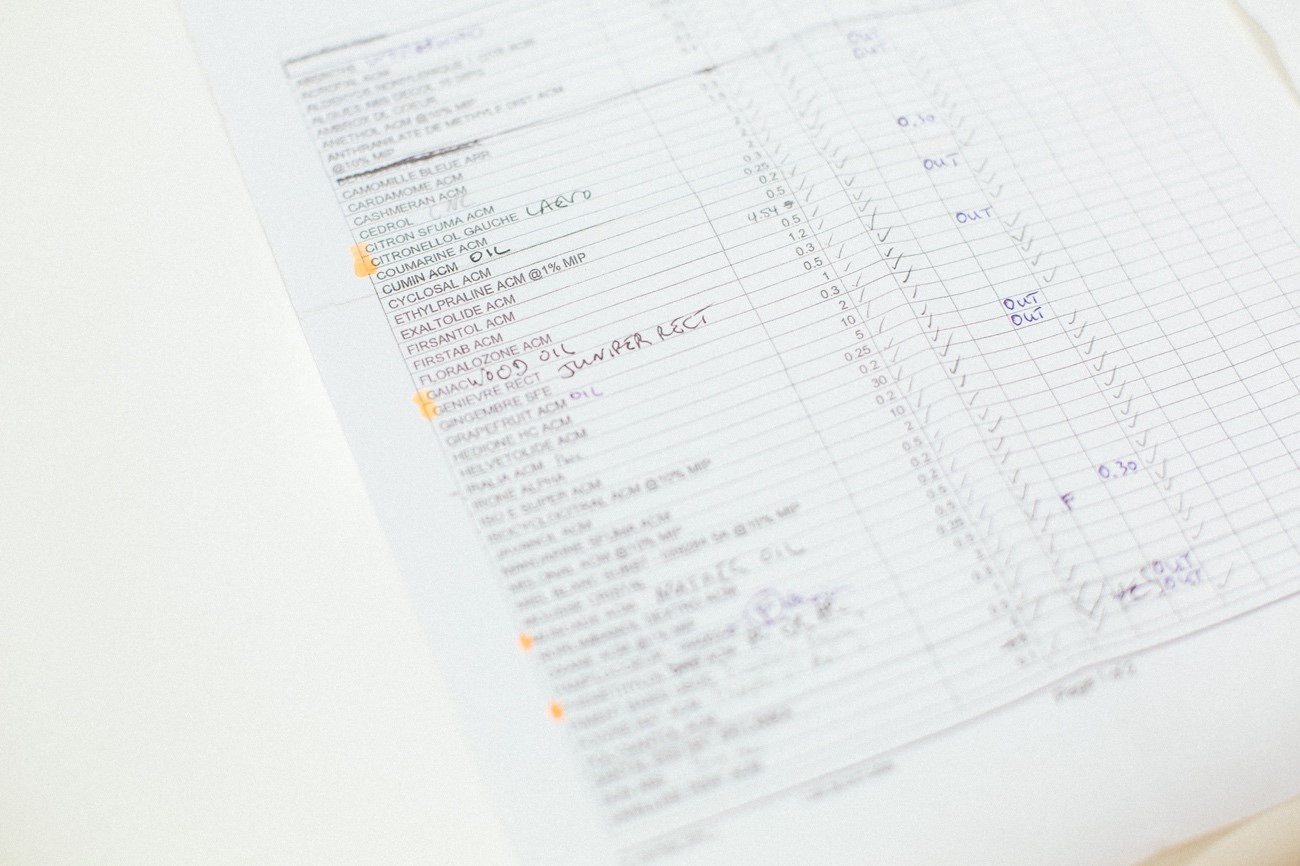 The list is like “sheet music” in perfumery. Say there’s a certain formula. We first select the ingredients in very precise quantities. We then make fine adjustments, more of this and less of that, until we reach the final product. That’s the job of a perfumer. I might call this my “poem”.

Perfumery is often compared to cooking, but I don’t see a similarity at all. Cooking is not yet what I would consider an art. It’s simply too basic. Perfumery requires a level of precision that is more complicated even than writing a poem or composing music.

So perfumery is both a science and an art.

This may make other artists envious, but perfumery is considered to be the most difficult art. Like kodo (incense) ceremony is said to be more difficult than tea ceremony. I was told by Japanese people that kodo is not performed very often because it is so complicated and difficult.

It is the same in perfumery. It is more challenging, and takes more expertise than to write a poem. Of course with writing a poem, you also need many years to excel at it. But our art involves countless parameters and words.

In addition to the number of ingredients and possible qualities ranging from 100% to 0.00001%, there is yet another complexity.

This is often forgotten, but when I use an ingredient, say, nutmeg, it will smell different depending on the other ingredients in the formula. If you play the note do on the piano, whether you play re or mi before, do will sound like do. But with perfumery, scents change depending on which ingredients are mixed in.

This nutmeg or vanilla here, depending on the rest of the formula, will emit a different scent. Imagine trying to play a piano that moves around the room. You don’t know how it’s going to sound. So that is the extreme complexity.

In that sense, I believe perfumery is more artistic than cooking. And the scents created can be worn by individuals. 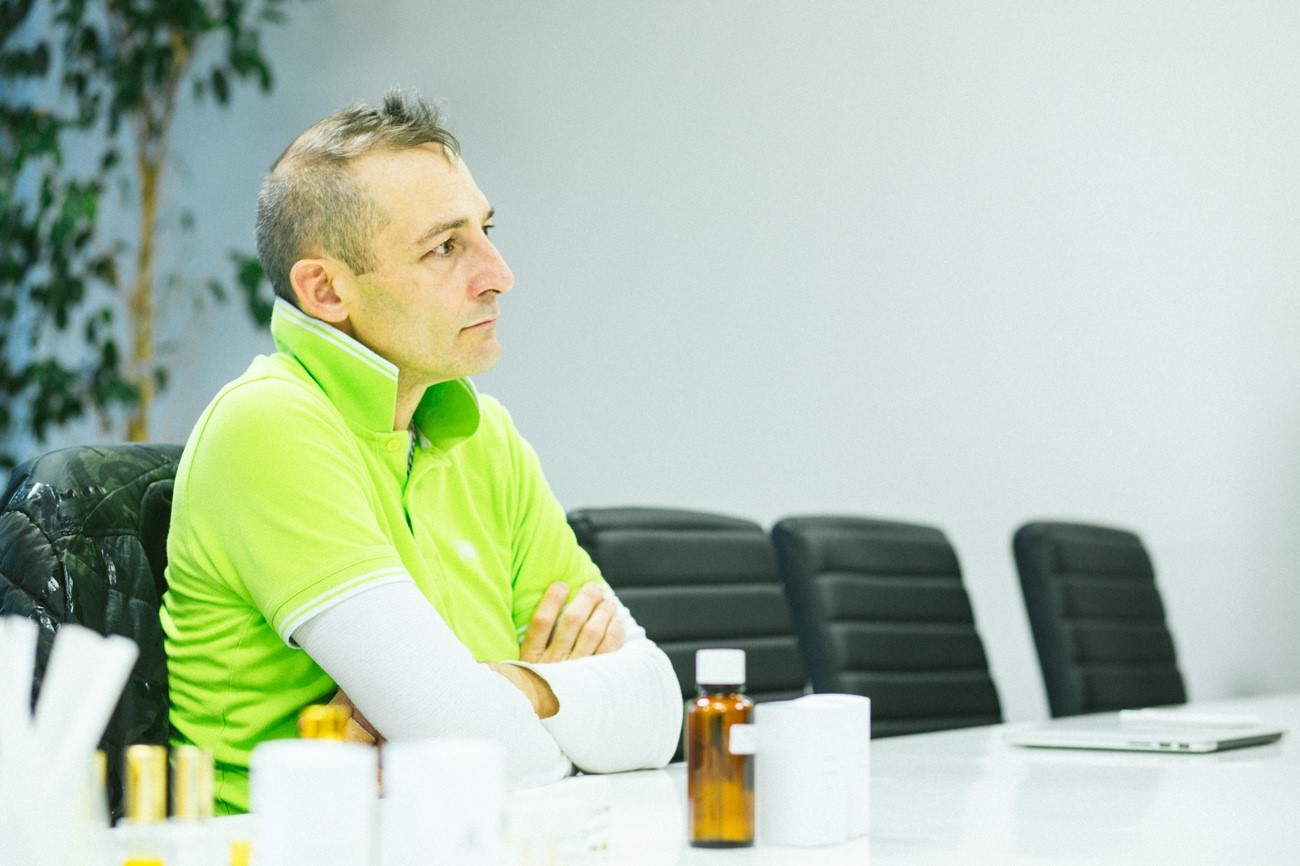 What are your thoughts on the “potential” of scents?

In cooking, because ingredients often come from nature, new “emotions” are not created. But perfumers can create all kinds of emotions, even those that don’t exist in nature.

I think that’s something many people cannot imagine. When you talk about scents, most people picture what they see in stores, or they might think of detergent or shampoo, but there is much more we can do with scents for the air.

＞
次の記事 ≫
One of only 600 perfumers in the world, meet the “scent inventor” of infinite possibilities. Vol.2
≪ 前の記事
“Talent Knows No Handicap.” Pasona Heartful’s hiring practices teach us about happiness in the workplace.