One of only 600 perfumers in the world, meet the “scent inventor” of infinite possibilities. Vol.2

Born 1969 in Clermont-Ferrand, France. Winner of the French National Chemistry Olympiads for high school students in 1986, graduated with a master's degree in Chemistry from the European Higher Institute of Chemistry in Strasbourg, France. Studied at Massachusetts Institute of Technology and Harvard University before working as an intern at a Japanese corporation. Soon found fragrances and began on the path of perfumer. Has created scents for global corporations and artists including Ralph Lauren, Tom Ford, Beyonce, Tommy Hilfiger and Michael Kors. He is founder of DreamAir, an innovation-driven perfumery start-up, and has designed scents for a scent opera by the Guggenheim Museum, as well as a film based on the bestselling novel, Perfume: The Story of a Murderer.

In 2017, he won the “Exceptional Contribution to Scent Culture Award” in the Art and Olfaction Awards in Los Angeles, established by The Institute for Art and Olfaction. Biophysicist Luca Turin, often called the “Emperor of Scents”, has lauded Christophe as “the greatest inventor of novel perfume structures working today”.

Vol.2
The sense of smell is as essential as vision

As a perfumer, how would you prioritize the five senses?

For me personally, or for the brain in general?

There’s a scientist at Brown University who does studies on this. And the sense of smell always comes as number one or number two, along with vision. Before listening, taste, and touch.

When you look at how we decide things, how we form an opinion, how we choose a partner, you see that smell is key. When it comes to what we wear, or how we function in everyday life, the sense of smell is as important as the eyes.

It is very traumatic for people to lose their sense of smell, even more traumatic than if they lose their eyesight. The human being is very much visual and olfactory.

I personally react a lot to the visual. I’m not disturbed by certain smells like perfumers who are picky and refuse to go places because “it stinks”. I like to know and understand what I’m smelling. I enjoy having a lot of smells around me, such as detergent, conditioner, and food.

Do you believe vision is second most important?

For me, vision is as important as the nose. I’m very visual in my personal life. 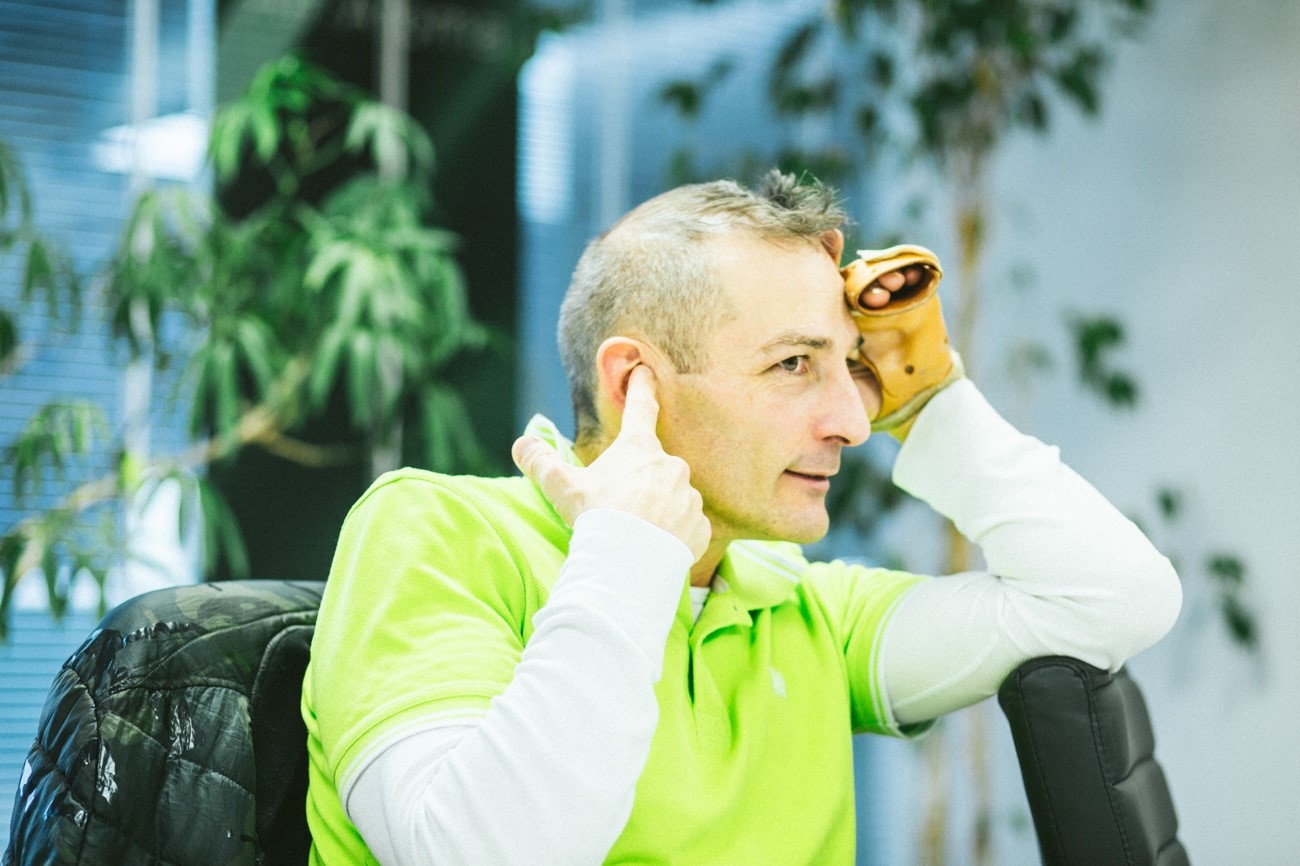 And after seeing a movie, I don’t remember it. Nothing. After taking a class, I don’t remember its contents at all. I need to revisit my notes, write, see again, reread, and then I can memorize. I don’t memorize with my ears. So I’ve learned I’m not an auditory learner.

For me, my eyes and nose are one and two. And the sense of touch is number three. Touch is quite important, but we get less information. When people touch me, I freeze. That’s from childhood because I was not touched. But anyway, that’s a different story. So I would even put touch number three for me, and ears number four.

And taste. The thing with taste is that most of taste is smell. For me, it is important but not so important. When I eat, I will pick something up, put it down if I’m not interested. I’m very easy in a restaurant, but you will see that I pick. So yes, taste and smell for me are the same.

When you create fragrances specifically for a space, do you consider the smells that exist there to start?

If the smell is very strong, yes. Say in small corridors. But because I usually create scents for high-end spaces, they don’t tend to have strange smells to begin with. With the exception of casinos sometimes.

When there is a strong smell, I must know about it. For example, marijuana is now legal in many states in America, and there are official projects to cover its smell, as well as the smell of cigarettes. This I need to know, because the scent must be created with an extra parameter.

At the Tokyo Tower, for instance, there’s the smell of plastic, of glue, of whatever they’ve used to create the new deck on the top floor. But the smells were not very strong, and they did not get in the way.

In stores in America or Europe, perhaps in Japan too, there is sometimes body odor to contend with. Some stores because they’re busy, or perhaps because of the security guard. But as soon as you create a fragrance, it takes care of the original smell.

If I were asked to create a scent for Tsukiji, I would need to know what Tsukiji smells like to start with. Certain smells will clash with cigarette smoke or marijuana, or with the fish smells of Tsukiji. And I need to watch for this. Some scents might make the fish smell even stronger. It’s like colors. You have to avoid some color pairings because you could make things worse. But you change the color or smell, and it is all okay. 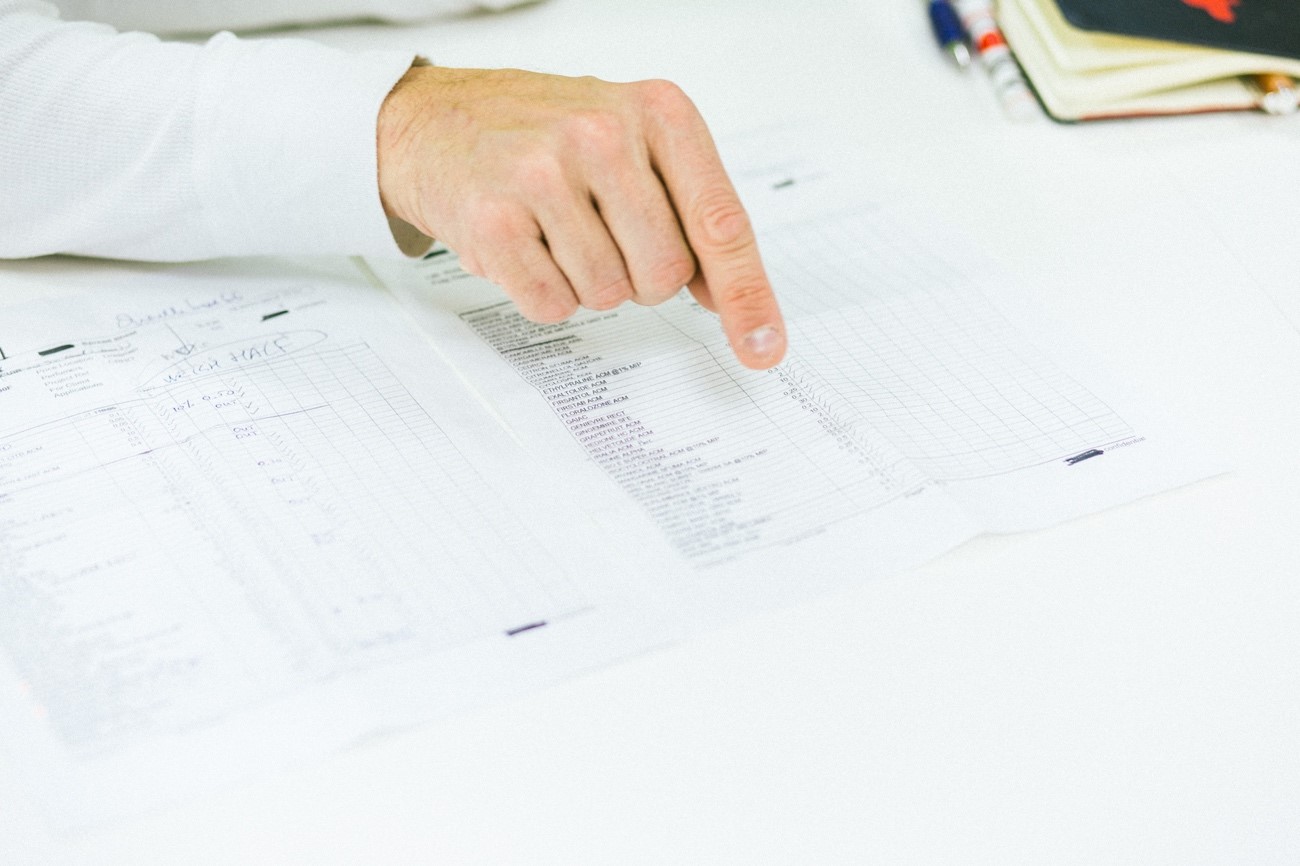 What do you think about when creating a fragrance? Like in the case of Tokyo Tower?

For the Tokyo Tower, it first had to resonate with Japanese symbols. For this project, I had to make something that was very Japanese, and not too European or French.

People should know that I create for very different concepts. Some perfumers don’t do this, which scares clients. For me, when they hear “French”, they’re scared I’ll do only that.

But I had a very clear image in my mind of the style of perfumery I should not do, and the symbols I should be using. That was very important for this project

I imagine a customer arriving at the tower. What is it they want to smell? I really play the part of a new, innocent user. I try to clear my mind of any thoughts I have as a perfumer. It doesn’t matter what I like. For me it’s a very important to clear my mind and transport myself into the experience and into the space.
I’m very visual, so I picture the space in my mind. I knew Tokyo already, so I pictured Tokyo at night, pictured the view from the tower. I’ve stayed on the top floor of a Shinjuku hotel so I knew the night views of Tokyo.

And I knew the views of Tokyo during the day, views from other towers in the city. I could really picture the light in Tokyo and all of the buildings, and the very little nature in the city.

When I was asked to create a scent inspired by the view from Tokyo Tower, I thought, I don’t want it to have a concrete feel. The view of Tokyo is impressive, but it’s not sexy. I wanted to have it be impressive, but also cool, with elements of nature.

You create your own inspiration according to theme, without stereotype.

If a client has limited information and/or inspiration, I create my own inspiration. I always need to be inspired. I need to have my own story, have my own feeling. It’s always visual, and it’s always three-dimensional. 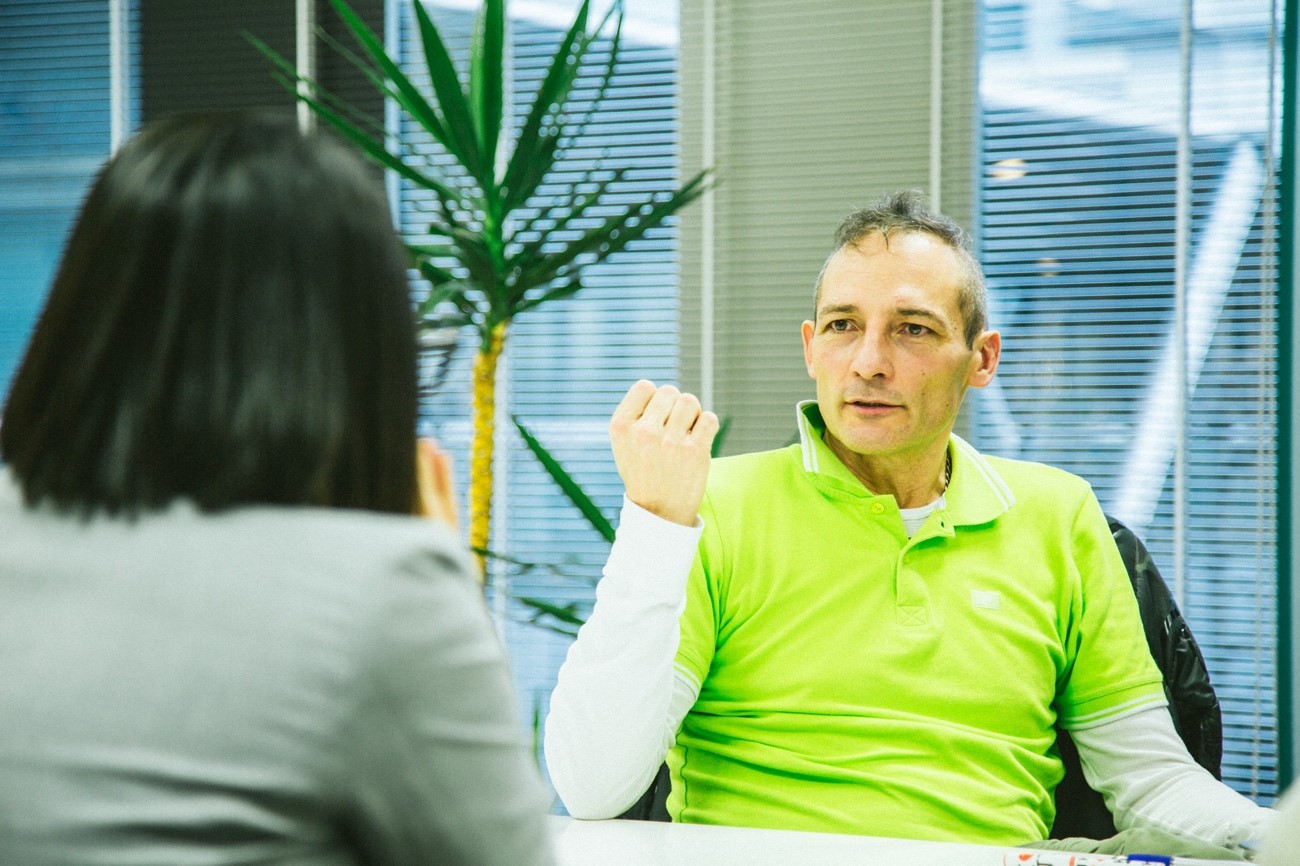 Scent is perceived in three dimensions in the brain. It’s very unique. A picture, for example, is two-dimensional. When you look at a landscape painting, you don’t feel you’re inside of it. You see that it’s flat, unless you’re in a 3D movie. Whereas when you smell something, right away the space around you is in your brain in three dimensions. The sense of smell is unique in that way.

＞
次の記事 ≫
(Japanese) ストレス社会を解決し、人と人、人と自然を深いつながりへと導く空間デザインを探求 Vol.1
≪ 前の記事
One of only 600 perfumers in the world, meet the “scent inventor” of infinite possibilities. Vol.1