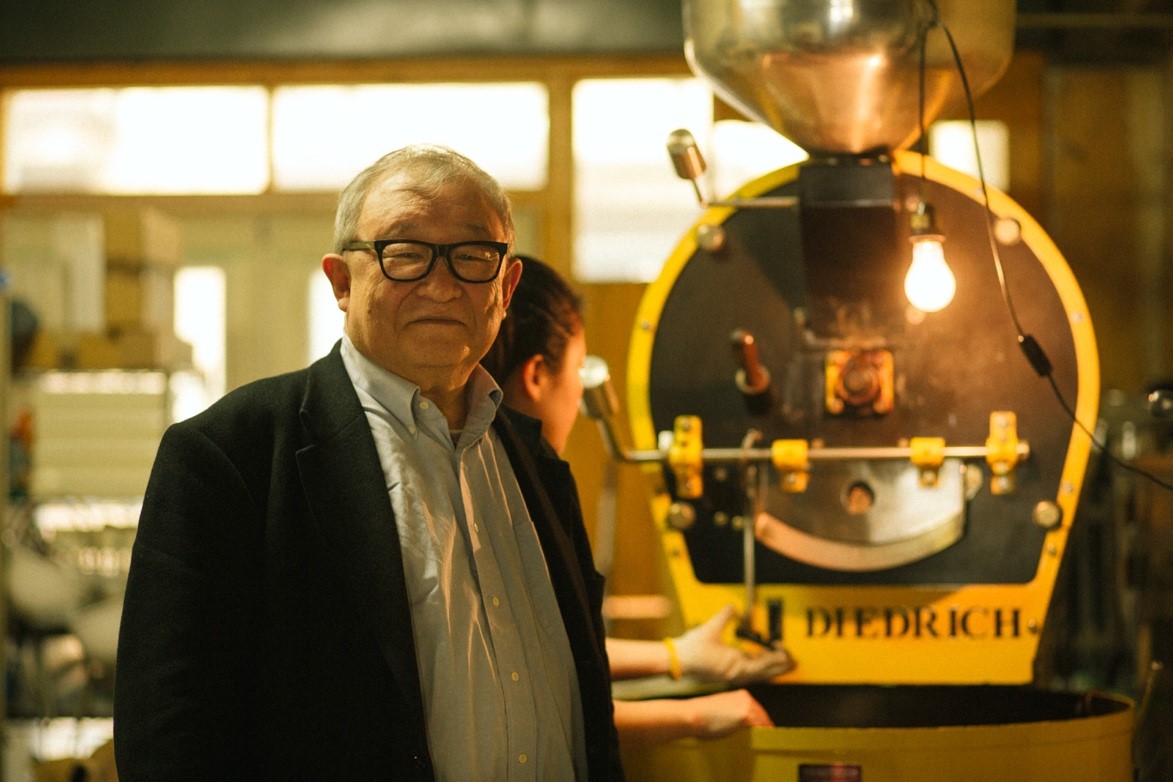 Finding Solutions with an Open Mind and Zen Mentality A Driving Force in Sustainable Architecture Vol.1

Junichi Tsuji was born in Akita City, Akita Prefecture in 1948. After graduating Akita High School, he moved to the United States for college in 1968. From 1969 to 1972, he studied at Washington University in St. Louis College of Architecture (St. Louis, MI), before earning a Master’s Degree in Architecture at Cornell University (Ithaca, NY) from 1972 to 1975. From 1976 to 1986, he honed his skills at three architectural firms including SOM. He founded Tsuji Management Inc. (Seattle, WA) in 1992, and is also President of Macchinesti Coffee (Sumida-ku, Tokyo) since 2000, Director of Sustainable Design Group (Sumida-ku, Tokyo), and CEO of I Just Inc. since 2017. Throughout his career he has designed offices, hotels, and residences, as well as medical, educational, and recreational facilities. His expertise includes business development and management. Tsuji is a researcher of the classics and ethnic architectural theory, and enjoys the Yabunouchi School of Tea Ceremony. 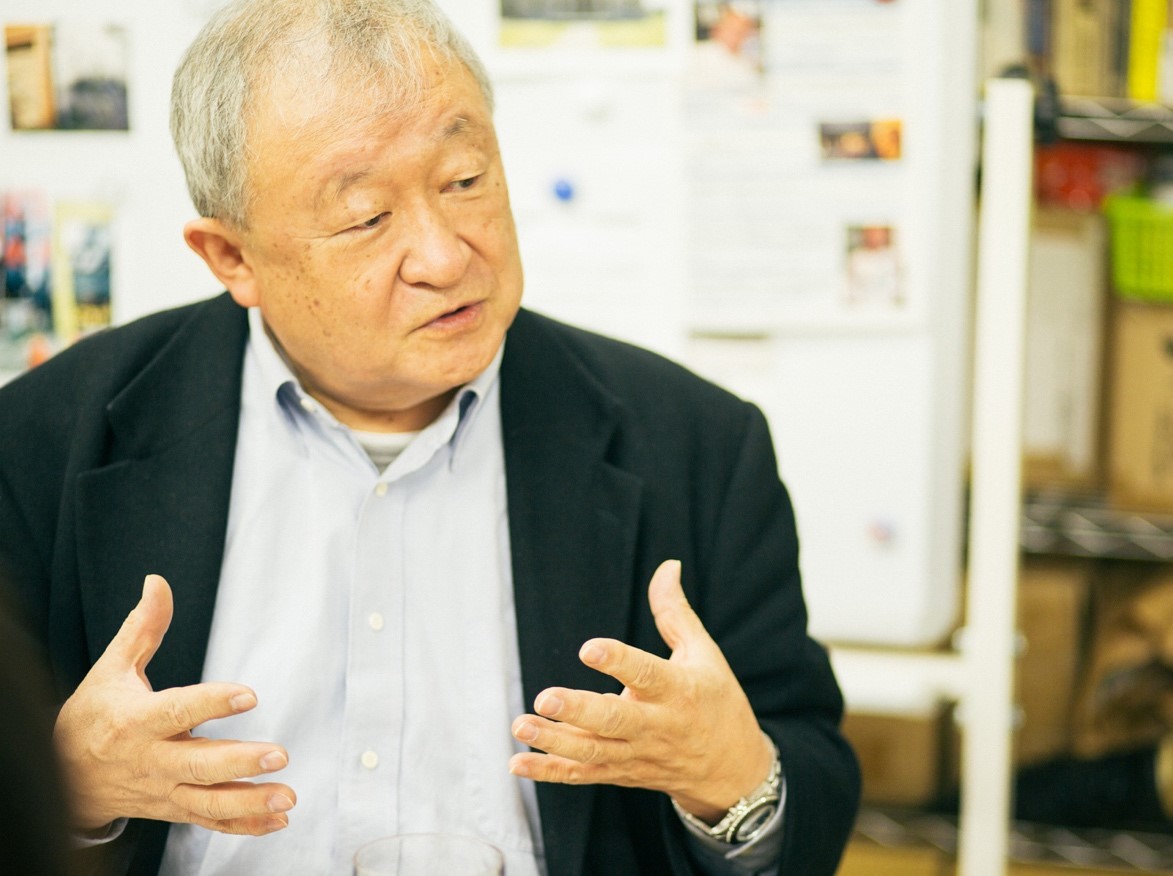 It begins with learning what people really want.

Let’s say I’ve been asked to build a school. In some cases, it’s important to design the building according to the client’s programs. However, the client is not necessarily an expert on architecture. For many, involvement with architecture is a once-in-several-decades kind of experience.

I believe every client has a true desire. My job begins with determining what that desire is. American education has taught me the importance of this.

Back in 1998, I was asked for the first time to work on a project in Japan. I’d never worked in Japan before, had not even lived in the country as an adult.

Reversing the original request and lighting a new path

The request was from the owner of a kindergarten in Sendai. I was told, “We currently run a kindergarten, but the number of children is declining and we would like to turn our kindergarten into an elementary, junior high, and high school.” They even hoped for a junior college, if possible.

I headed out to Sendai, but when I arrived, something felt “off” to me. I didn’t get the sense that there were fewer children and the numbers were decreasing.

While it’s true that the general population of Japan is growing older and less children are being born each year, that did not necessarily mean the economy was headed in the direction the kindergarten owner believed.

I didn’t know Sendai very well, but as I researched local facilities and institutions for children through newspapers and television, I learned very few places existed for children ages 0 to 3. Childcare and early education organizations were nearly non-existent. In fact, the articles I read stated mothers were desperately seeking places that could care for their children. Again, I felt a disconnect.

If the business could not stay afloat because there were not enough children to go around, the city should be overflowing with childcare and educational facilities. Instead, parents were bemoaning the lack of such institutions.

Instinctively, I sensed that the “decline in children” was an excuse. This is actually quite common. I sensed they were citing “population decline” as the reason for their failing business, because nobody wanted to step up and take responsibility.

I was educated in American universities, where we learned this sort of thing is not to be tolerated. I suggested that rather than turn to upper level education (elementary, junior high and high school), they should go younger, to three-, two-, one-, and zero-year-olds. They already had educational programs for young children and babies, after all.

I had reversed their request, which naturally led to disagreements. So, I invited the staff to the US to visit a few early-education schools in person. These are kindergarten teachers, after all. They saw what was happening in the classrooms and quickly understood what needed to be done. The educational programs and facilities existed, and they worked.

They said, alright, let’s give it a try. 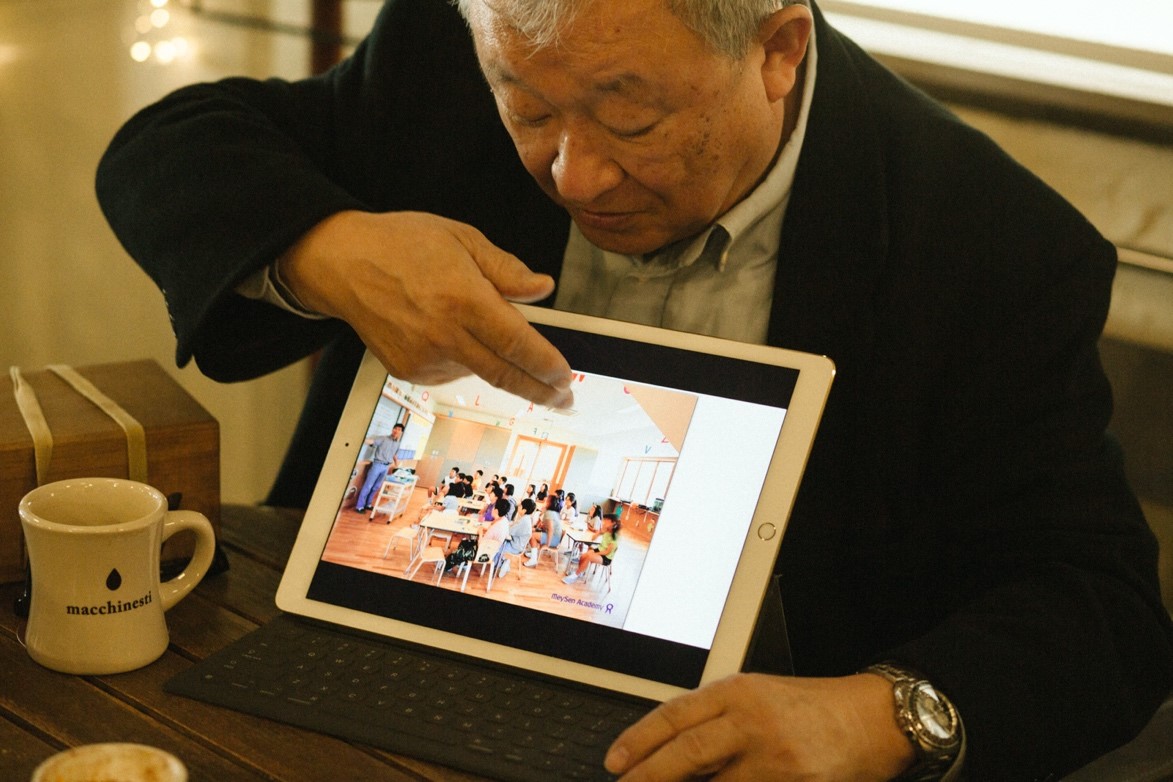 Another problem we faced was around financing. Building a new facility costs money. Educational organization or not, loans needed to be taken out and repaid.

Going into debt to rebuild without changing the inner workings of the school would thrust the business into a deeper hole. We needed to find a solution. There were a few options. One was to raise tuition. But my idea was to increase enrollment.

To this, the stunned management said, “We will never be able to increase enrollment, with fewer children each year.” I declared, “That’s absolutely untrue.”

Looking into the details, I learned one reason they could not increase enrollment was due to restrictions placed by the Ministry of Education. The school received subsidies from the government, which came with enrollment restrictions. If they opted out of the subsidies, the restrictions would disappear. And vice versa. To me, what they were entangled in resembled mass suicide.

I suggested to the team, “Let’s return the money.”

The school received a “scolding” by the prefectural government, and were pressed relentlessly. The whole thing escalated into an uproar. I suppose this was not a big surprise, as the school was turning down government-prepared budgeting. Still, they said “No thank you” and returned the money.

For the first phase of construction, we created a 2,500-person enrollment plan. Sign-ups went through the roof. Registration numbers exceeded lottery availabilities, and we quickly commenced with the second phase of construction. Still, we were receiving more requests than we could handle with a lottery system.

The first campus was completed in 1999. Over ten years have passed, and there is still a two-year wait list to get into the school.

We also created a special program called “English Immersion Education” for children ages six-months-old and up, to learn English with a native English speaker. Parents are now signing up for the program before their baby is born.

It turns out the “decline in children’s population” was not the problem. As in this case, the job of an architectural producer is to come up with solutions to the real issue at hand.

The kindergarten teachers are professionals in their field. There is no doubt about that. But in these quickly-changing times, it is essential to get a read on the situation and figure out the next steps from a different perspective. 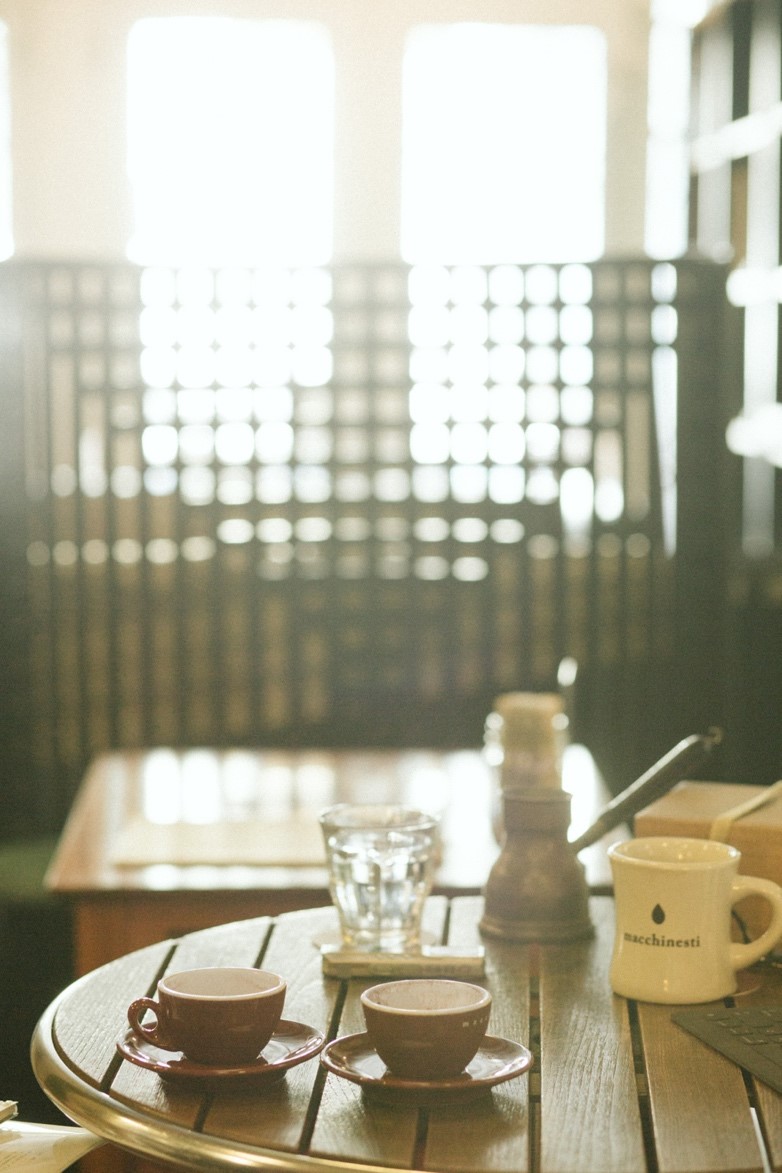 Architecture is about working with other people’s businesses. When I am asked to design a hospital, I will first learn everything I can about medicine. Though I don’t have the ability to heal like a doctor, and can’t even get over a common cold myself.

Most doctors are professional healers and therapists, but only a handful are thinking day-to-day about the relationship between medicine and our society, ten, twenty years down the line. Forecasting the future is not their expertise.

Which is why I begin by laying out the issues connected to medicine that must be addressed through architectural design. These include the future of medicine and related fields, health insurance policies, and medical techniques, all of which I discuss with an organization that specializes in forecasts. I believe all of this to be a part of architectural work, but that seems to be a rare way of thinking in Japan. It appears there is a cultural difference.

I was once a member of an architectural team that designed a hospital large enough to perform 400 surgeries simultaneously. With nearly 3,000 doctors, there was always a doctor on standby. Medical facilities such as this, which are unheard of in Japan, actually exist in the US.

American thinking is about covering all the bases, to the extent one says, “We have to do what?” Americans will give everything a try, even the strangest things.

This “nothing is impossible” mentality is known as the “Star Trek Mentality”. It’s a kind of pioneering spirit explored in the popular sci-fi television series Star Trek, which began airing in the 1960s. It’s the spirit of “Let’s go to outer space! Explore the unknown!”

An example of the “Star Trek Mentality”

Around 1975, I worked for a large architectural firm in Chicago that was famous for its high-rise buildings. The firm was constantly challenging itself to use less iron in its buildings.

We were working on a one-hundred story iron tower that had the appearance of scaffolding. The idea was to strengthen the structure using diagonals. It was a slender building that elongated and contracted. Now Chicago’s summers are extremely hot, and its winters cold. In the winter, the northern winds blowing in from the North Pole caused the northern side of the tower to contract, and the southern side to elongate.

This was back when we were still working with large mainframe computers. Our office purchased the enormous computers, which took up two entire floors, to calculate the distortion of the tower. The second floor was the workspace, and the first floor a wiring area where people could walk back and forth. We hired about ten people, including graduate students from Cornell University, to run the computers, and we all put our heads together to write the program, poke holes into the punch cards, and calculate the measurements.

We created and ran computer simulations of the entire program. And no matter how many times we calculated, we learned the elongation and contraction of the tower would always cause a distortion. Using heavier iron, however, would defeat the purpose.
What to do? We considered every possible option and finally decided to eliminate the temperature difference. So we wrapped the entire exterior of the building with air conditioning. We wrapped the pillars with air-conditioned parts.

That crazy kind of thinking, that’s America. We build everything ourselves, and nothing is impossible. That’s still my stance today.

But because Americans work under the notion that nothing is impossible, demands can sometimes be unreasonable, or the budget will flare up and become a problem.

I believe President John F. Kennedy contributed greatly to this American way of thinking. In 1957, the Soviet Union successfully launched the first manmade Earth satellite Sputnik into orbit. This put the American people in a panic. The US believed it was the world leader in outer space technology, but its own artificial satellite experiment had failed.

In 1961, President Kennedy announced the Apollo Project, an ambitious initiative to send an American to the moon. And in 1969, man set foot on the moon’s surface for the first time in history. I believe this was the beginning of the Star Trek Mentality. People saw proof that “it can be done if you try.”

That spirit is alive and well in the world of architecture. 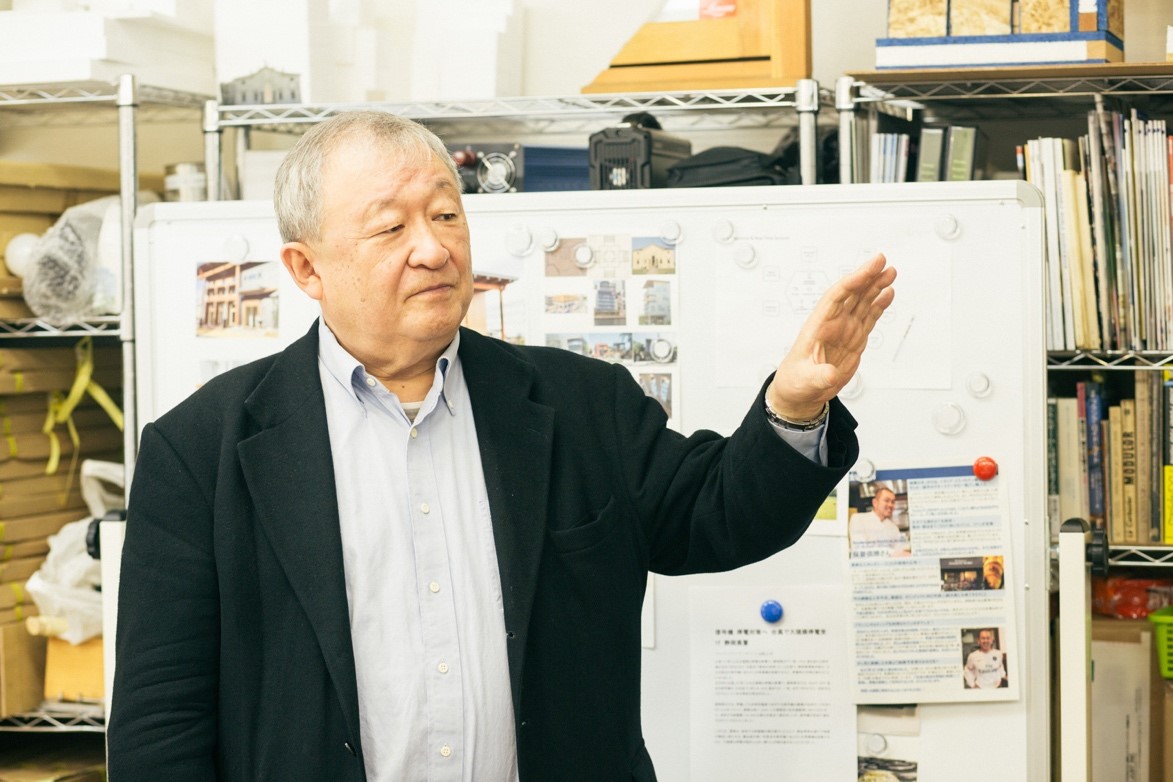 次の記事 ≫
Finding Solutions with an Open Mind and Zen Mentality A Driving Force in Sustainable Architecture Vol.2
≪ 前の記事
One of only 600 perfumers in the world, meet the “scent inventor” of infinite possibilities. Vol.2