Finding Solutions with an Open Mind and Zen Mentality A Driving Force in Sustainable Architecture Vol.2

Junichi Tsuji was born in Akita City, Akita Prefecture in 1948. After graduating Akita High School, he moved to the United States for college in 1968. From 1969 to 1972, he studied at Washington University in St. Louis College of Architecture (St. Louis, MI), before earning a Master’s Degree in Architecture at Cornell University (Ithaca, NY) from 1972 to 1975. From 1976 to 1986, he honed his skills at three architectural firms including SOM. He founded Tsuji Management Inc. (Seattle, WA) in 1992, and is also President of Macchinesti Coffee (Sumida-ku, Tokyo) since 2000, Director of Sustainable Design Group (Sumida-ku, Tokyo), and CEO of I Just Inc. since 2017. Throughout his career he has designed offices, hotels, and residences, as well as medical, educational, and recreational facilities. His expertise includes business development and management. Tsuji is a researcher of the classics and ethnic architectural theory, and enjoys the Yabunouchi School of Tea Ceremony.

Vol. 2
Architecture’s Origins in Formalism
Continued from the Babylonian Period

Architecture’s origins lie in the pursuit of beauty.

Architecture was born out of formalism, the aesthetic method of analyzing and comparing compositional elements such as a work’s form, shape and color. The artistic pursuit is based on aesthetics developed during the Babylonian period.

I personally believe Palladian architecture to be the most beautiful in the world. Italian architect Andrea Palladio (1508-1580) was born in Padua and active in the Venetian Republic during the Renaissance. Classic architects such as Alberti and Vitruvius existed before him, but Palladio was the kind of genius that comes around only once every four hundred years. He’s considered a saint in the world of architecture.

He designed the Villa Almerico-Capra, also known as the Villa la Rotonda, located just outside of Vicenza in Northern Italy. The completely symmetrical square structure has four facades and is said to have been designed using the golden ratio.

In architecture, there exist three types of proportions: mathematics, geometry, and music. The three concepts were made accessible to the public by Pythagoras, who is said to have broken the temple’s prohibition to unveil the world’s most sacred secret. And this was the start of architecture.

Until then, the secret knowledge was available only to clergymen serving the king. Only they could create objects of beauty, because they alone knew the secrets of symmetry and harmony in mathematics, geometry and music.

Beauty is the source of mysterious powers.

To people back then, “beauty” was a mystery. Experiencing harmony for the first time, they must have thought, “This must be heaven.” Beauty was the source of mysterious powers. Creating musical scales and drawing equilateral triangles appeared to people like magic.

Even today in the Arab world, the concepts are taught as cosmology. First, there is a single point. By connecting one point with another, a line is formed. With point one as the origin, the other point is moved in a circular motion to create a perfect circle. When two identical circles are layered, straight lines form between the two layers. Layer another identical circle and come face-to-face with an equilateral triangle. This is the “magic” of drawing beautiful figures from nothing. That’s the entrance to cosmology, which leads to the mysterious world of geometry and the pentagon.

You may have heard the name Le Corbusier (1887-1965). His real name was Charles-Édouard Jeanneret. He was born in Switzerland and worked as an architect mainly in France. He’s one of the pioneers of what is known as modern architecture. The modules (basic size, base units, assembling units) he drew also utilized the golden ratio.

I too use the golden ratio in my own works. It is a mainstream and formal design method that has not changed since the Babylonian era. They do not teach it in Japanese architecture, but it is a common concept in the West. Genres such as “post-modern” are born in reaction to mainstream, as people start to tire of the old ways.

Architecture is a genre of art, likely the most conservative. At the forefront of art are the people who write. Poets, for example.

There is a poet named Arthur Rimbaud (1854-1891), who published an influential extended poem in prose called A Season in Hell at just 19 years old. Later in life he became a coffee, slave and weapons merchant on the African continent and earned himself the reputation of a business pioneer.

Rimbaud’s poems greatly influenced the art movement known as Dadaism, which began in Switzerland in the mid-1910s. Dadaism is the foundation of contemporary art, later giving way to Constructivism and Cubism. It was the first movement that denounced traditional Western art.

Rimbaud’s poems attempted to draw pictures with sound rather than relay meaning through words. His poems didn’t rhyme words into meaning, instead they were about color. He drew abstract paintings with words, and it stunned the world.

In 1919, during the rise of Dadaism, an art and architecture school for crafts, photography and design called Bauhaus (“building house” in German) was founded in Germany. In 1996, “Bauhaus in Weimar and Dessau and Related Properties” became a world heritage site. Bauhaus has had a great influence on all of design, including modern architecture.

The foundation of architecture is Palladio, and going back farther than that we must look to the structures built by monks. Those influences can be seen in the temples of Nara. The only difference is the change in environment.

I believe architecture is the pursuit of beauty, now and in the past. Sometimes at night, I will hold a ruler in my hand and gaze at Palladio’s work, and the hidden mysteries and connection to the present give me the chills.

Whether in the east or west, I believe human civilization has its origins in Mesopotamia. It saddens me to think the area is now a war zone. 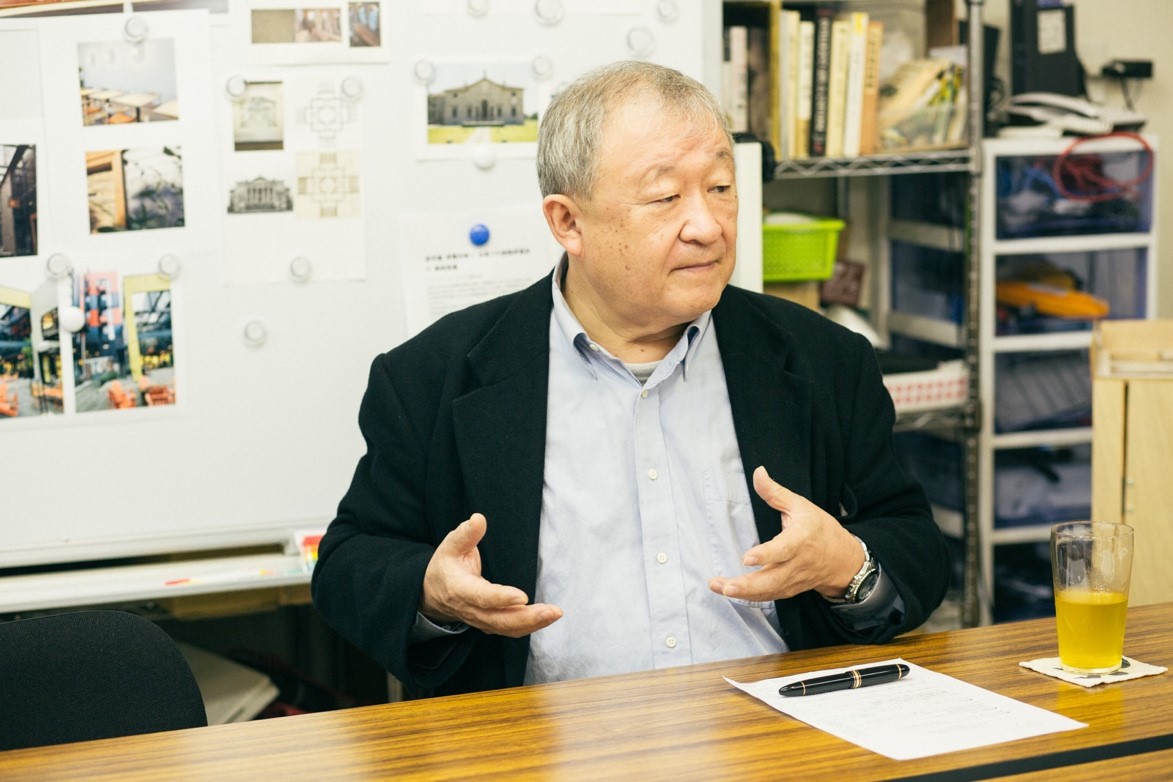 In Japan, knowledge is consolidated into the Theory of Yin-Yang and the Five Elements.

The Theory of Yin-Yang and the Five Elements is wisdom that originated from the Daigaku (Great Learning), a text written during the Heian Period. The wisdom was used for power, collected in order to control the public.

The Five Elements are “Life, Fortune Telling, Physiognomy, Medicine, and Philosophy”. Physiognomy deals with boso (the notion of the size, shape and location of graves affecting one’s fortune), kaso (houses affecting one’s fortune), and reading into people’s names and palm lines. Medicine refers to medicinal intake (of herbs and plants), acupuncture and moxibustion, and healing with ki (life energy).

The most interesting is the element of philosophy, or what is known now as black magic. It’s the practice of putting a curse on someone, and its objective is to persuade.

For example, a practitioner might tell a home owner, “There will be a fire in front of your house tomorrow at 3pm”. The home owner thinks, “Yeah, right.” But it bothers him, so the next day, he steps outside his front door and witnesses smoke.

It’s a trick, of course. The “magic” is actually just sodium. The practitioner knows from the weather report that it will rain around 3pm the next day, so he scatters sodium in front of the house beforehand.

But it’s enough to scare the home owner into believing anything the practitioner says moving forward. It’s a trick, and the ruling class took advantage of the people in that way.